James Curleigh is the president of the Levi’s Brand, one of the oldest, best-known, and best-liked clothing companies in the world. His career began here. 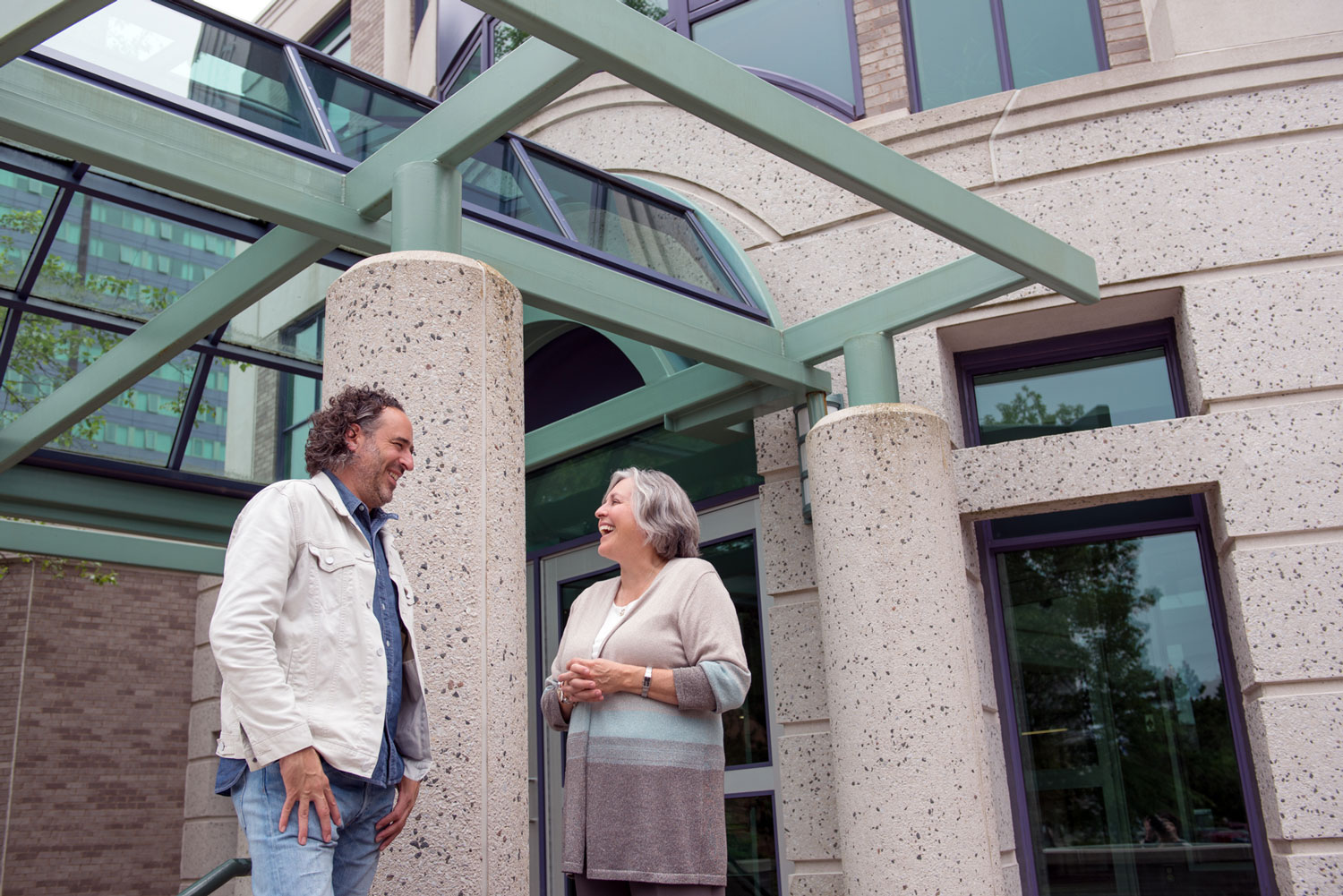 “When we were at school, we still had this notion that information was power,” says James Curleigh BComm’89. “He or she who had access to it had the advantage. Well today, information is ubiquitous, everyone has access to it. What I would say the biggest shift is not how to get the information, but how to synthesize the information to make sense of it.”

Curleigh knows about synthesis—25 years after he graduated from Saint Mary’s, the Nova Scotia-raised brand manager has worked in offices all over the world, M&M, Mars, Salomon Sports, and Keen Footwear among them. In 2012, he became president of the Levi’s Brand.

Levi Strauss & Co. is headquartered in San Francisco, in Silicon Valley, and Curleigh is effusive and fired up on a morning phone call from his office, rattling off the brand’s history with a politician’s zeal, sometimes audibly pounding his desk for emphasis.

“Levi’s invented the blue jean. We invented it,” he says, detailing the jeans’ history beginning as uniforms for gold miners to soldiers’ civic clothes, “then after the war, boom! Think about Hollywood, think about James Dean, with or without a cause—pair of Levi’s, white shirt, leather jacket. All of a sudden it became this uniform of rebellion, the next generation.”

Woodstock. Bruce Springsteen on the cover of Born in the USA. The Berlin Wall, coming down. Kurt Cobain, throwing himself into a kick drum. Mark Zuckerberg’s flip-flops. Steve Jobs “launched the iPod out of the fifth pocket of a pair of 501s.”

As the son of a navy helicopter pilot—“my dad flew the very first Sea King into Nova Scotia”—Curleigh’s childhood took him all over North America, and to the Netherlands for most of high school, landing back in Halifax for his senior year.

“There are so many known options for individuals to pick the big-name schools, you know? Is it Harvard, Stanford, London School of Economics, the list goes on,” he says of his post-secondary options. “Certainly back when I had a choice I chose, quite frankly, to stay home, and to understand what I could get out of that experience. And then draw on the fact that I was in a city called Halifax in a province called Nova Scotia at a university called Saint Mary’s, and it was more up to me to then drive that to the future. Rather than the fact that I had a fancy Ivy League business title or I went to a big city called New York. Halifax really offers this simplicity of living and life and approach, backed by a sophistication of really great education, a very open environment of people, and taking that and bringing that around the world.”

Curleigh’s education took a turn for the cutting edge when he was in his final year at Saint Mary’s. “I don’t know if we’re still talking 400-levels, but a few of us were picked to kind of cross-pollinate with the MBA class. There were maybe 16 of us selected to do these cross-pollination courses at the 500 level,” he says. “They were not around technical business—they were around communication, project management skills, more the soft essential skills of business more than the hard technical skills of business. At the time there was a professor named Dr. Tom Musial, and he really spearheaded this notion—he had a vision that said, you know, the technical understanding of business will be in the hands of many, but the ability to take communication and convert that into leadership dynamics is the future challenge. And he literally set up a curriculum around that.”

That year, Saint Mary’s installed a networked Macintosh computer centre, featuring the first personal computer Curleigh would buy in his first days in London, the Mac SE. “It just showed that 3,000 miles away from San Francisco, California, where Apple was invented, the vision that Saint Mary’s had to actually start networking computers, getting ahold of technology—it sounds simple now but it was at the forefront of personal computing in 1988,” he says. “Before anyone was thinking about it.”

Now that everyone is thinking about it—about networks both technical and social; now that everyone has a personal brand; now that current students have never known a world without the internet, without a global reach, Curleigh’s challenge is to keep Levi’s innovative.

Three blocks from the company’s headquarters is the Eureka Innovation Lab, where new approaches to sustainability, craftsmanship, materials and the like are being studied and subverted. “The cultural leadership concept I put in place is I want Levi’s to be the 150-year-old startup,” says Curleigh. “How do you leverage the authenticity, the originality, the scale of Levi’s? We have 3,000 doors around the world, we have the highest awareness of any clothing brand, we have the highest affinity—meaning not only do people know us, they like us.”

If you were a commerce grad, fresh out into the world who happened to meet Curleigh at one of the many conferences he appears at worldwide every year, or on one of his annual family trips home to Nova Scotia—his parents live in Parrsboro; he brought his children to campus for this photoshoot during his annual summer visit—he would tell you to wield your credentials like the badge they are.

“It really puts the onus on the individual not to be known by the city they’re from or the school they went to, but what they got out of the experience to then add back to it,” he says of attending Saint Mary’s. “I think it really positively forces individuals to stand on their own two feet with the confidence that they’re from an awesome city and a really, really good school.”

Self-made success ►
◄ Once Upon A Mattress