Glenn Shaw MA’09, working with UNICEF Zambia, Northern Province, Zambia (circa 2008), after being rescued by these villagers when his vehicle broke down.

Graduates of the International Development Studies program have been changing the world for 30 years—and counting.

The year was 1985. A group of committed social scientists, tired of the antiquated disciplinary approach to global problems, decided to try something different. They had an inkling that issues like poverty, environmental change, and gender inequality could be better addressed through an inter-disciplinary program and set out to form one at Saint Mary’s University. It was the first International Development Studies (IDS) program in Canada, and over the next 30 years, it would go on to be the leader in this burgeoning field.

With the goal to help countries realize their potential, Saint Mary’s worked closely with Dalhousie University in the early days, and both institutions simultaneously established undergraduate IDS programs. However, Saint Mary’s led the way, and tremendous student interest and success meant that by 1989 the University was able to offer a Masters degree in IDS, and in 2012, an IDS interdisciplinary doctoral degree. Both of these were firsts in Canada.

“The students who are attracted to the IDS Program are individuals who want to get out into the world and make a difference, and be successful professionals at the same time,” says Program Coordinator Dr. Anthony O’Malley. And they do. This unique program has launched over 800 graduates who now live and work in every corner of the world. 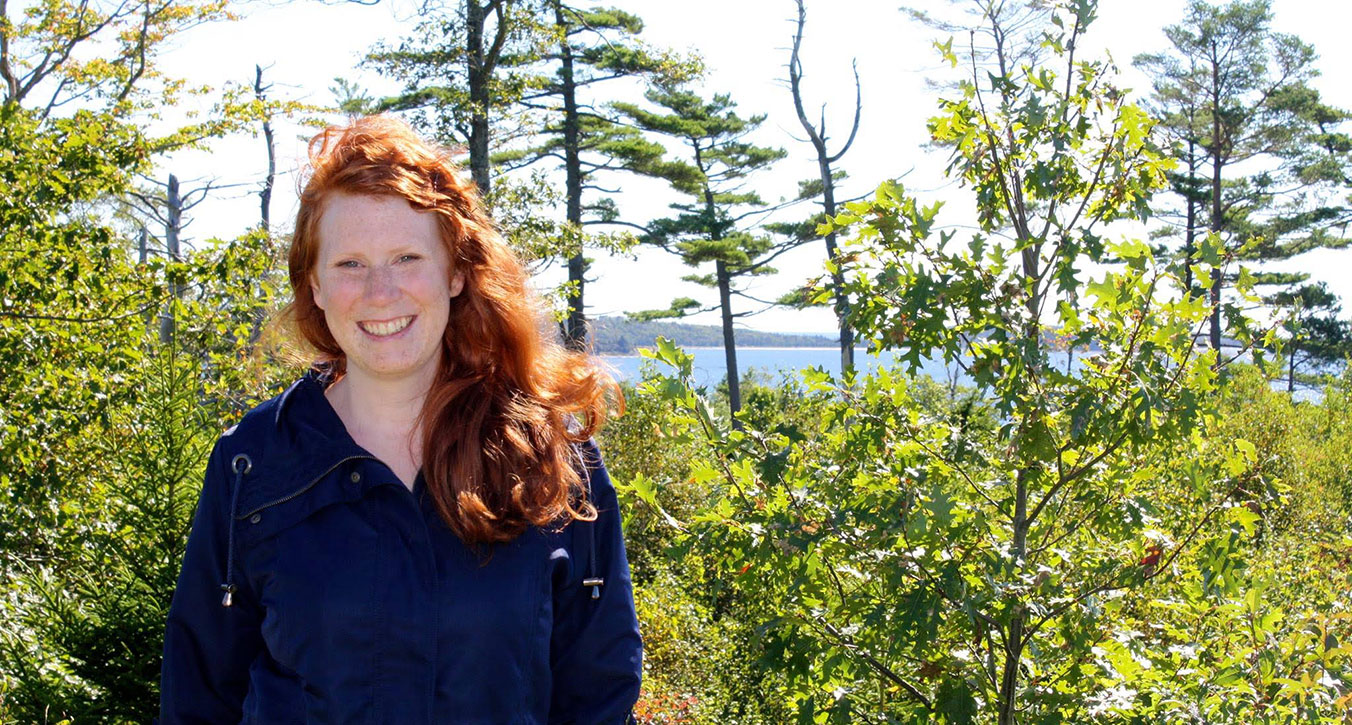 “We have a near-100 percent employment rate,” says Dr. O’Malley. “There is no end to complex global problems, and this creates many professional opportunities for our graduates. These opportunities range from working with indigenous NGOs in Bolivia on how composting can eliminate expensive fertilizers, to being employed by the United Nations Environmental Program or the International Union for the Conservation of Nature. Our graduates do it all.”

Sunyata Choyce is a prime example. The Founding Director of Project COLORS International says her time at Saint Mary’s helped clarify her long-time interest in development work. “The more I learned about global issues at large, the more desire I had for international experience,” says the 2002 graduate. Two exchanges with Scotland’s Glasgow University and University College Cork in Ireland during her time in the program helped her realize how much she enjoyed learning and living abroad and seeing the world from different perspectives.

Initially, it was her parents, Terry and Lesley, who sparked the idea of community work. But it was one of her IDS professors, Gerry Cameron—heavily involved in projects in Africa—who inspired and motivated Choyce to really consider international aid work as a career. Since then, she has taken on UN placements in the Dominican Republic, educational projects in Costa Rica, and seven years of children’s aid and youth development work in South Africa and Sri Lanka. 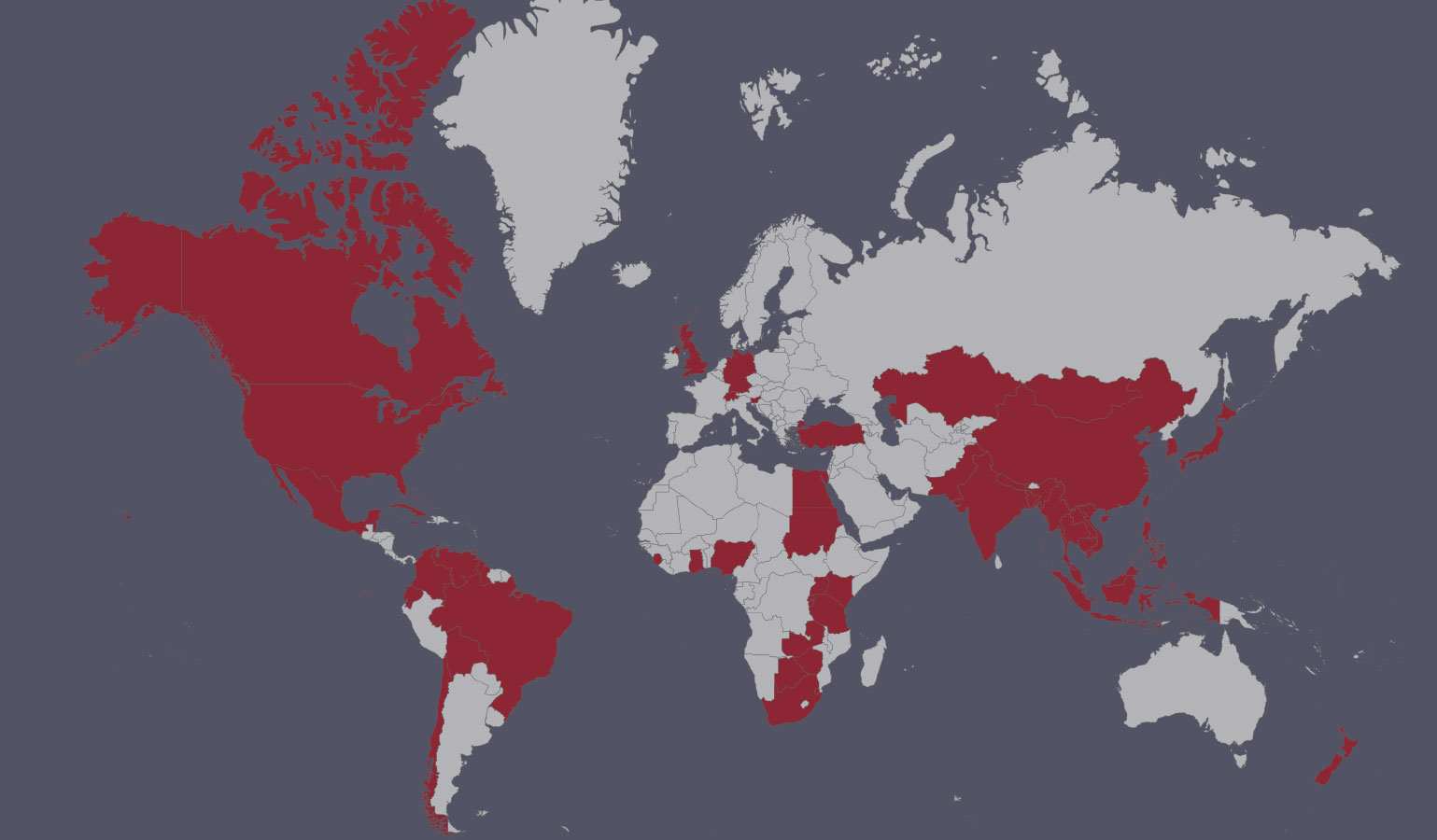 Today, Choyce runs COLORS International from a home office in Nova Scotia, which coordinates children’s aid projects in five countries (projectcolors.com). She has also received a Young Humanitarian Award from The Red Cross and an unsolicited scholarship from Yale University in Advanced Health Care Management because of her international field work in South Africa.

Finding one’s own way seems to be a theme with IDS graduates. Glenn Shaw, who received his Masters in 2009, is now an independent consultant working on capacity building and communications for a variety of United Nations organizations and international NGOs. UNICEF, the BBC, War Child Canada, and Right to Play International have all benefitted from his skills and experience.

Traveling in countries where he witnessed first hand some extreme poverty, combined with a keen interest in modern political and cultural histories, is what drew Shaw to the Saint Mary’s IDS Program. “I continue to draw on so much of what I learned at school in both my personal and professional life,” says Shaw, who now lives in Malawi with his partner and their son. “My degree wasn’t just a piece of paper.”

He is still in touch with many of the “great minds and personalities” he first encountered here and has been fortunate to call many interesting places around the world home. “I feel lucky to have lived in some pretty exotic places, and experienced a lot of life,” he says, “while hopefully making some small contributions.”

Not every IDS graduate feels the need to travel abroad. Jennifer Wilcox was offered a job at the United Way in Halifax while she was still studying at Saint Mary’s. As the Community Impact Assistant for that organization, the 2015 IDS graduate has had the opportunity to take part in important national discussions right here at home.

She has helped facilitate discussions throughout Canada on youth engagement as part of the Governor General's Round Table. Within the Halifax Regional Municipality, she is actively involved in the Housing and Homelessness Partnership, working to end homelessness in our region.

While at Saint Mary’s, the opportunity to complete field research abroad and be immersed in different cultures was of huge benefit to Wilcox. “My education may have been international in focus, and I gained so much from those experiences,” she says, “but I am really happy that I have been able to apply what I learned to our local community.”

Wilcox loved the close-knit intimacy of the IDS program and the connections she made while at the University. “There were many potlucks, study sessions and coffees had,” she says. “And although we all departed to different parts of the province, country, and the world when we finished our course work, we still keep in contact.”

In fact, when Wilcox was defending her thesis last spring, support from friends who had already graduated poured in—and those who were still in town were in the audience to offer support.

Sounds an awful lot like family. One big family stretching the world over, separated by distance, but connected by a shared passion to make the world a better place. Congratulations to Saint Mary’s acclaimed International Development Studies on its 30th anniversary and all of its “firsts.” Its graduates make our “One World” a better place.

Mapping A Strong Future ►
◄ Driving change and giving back