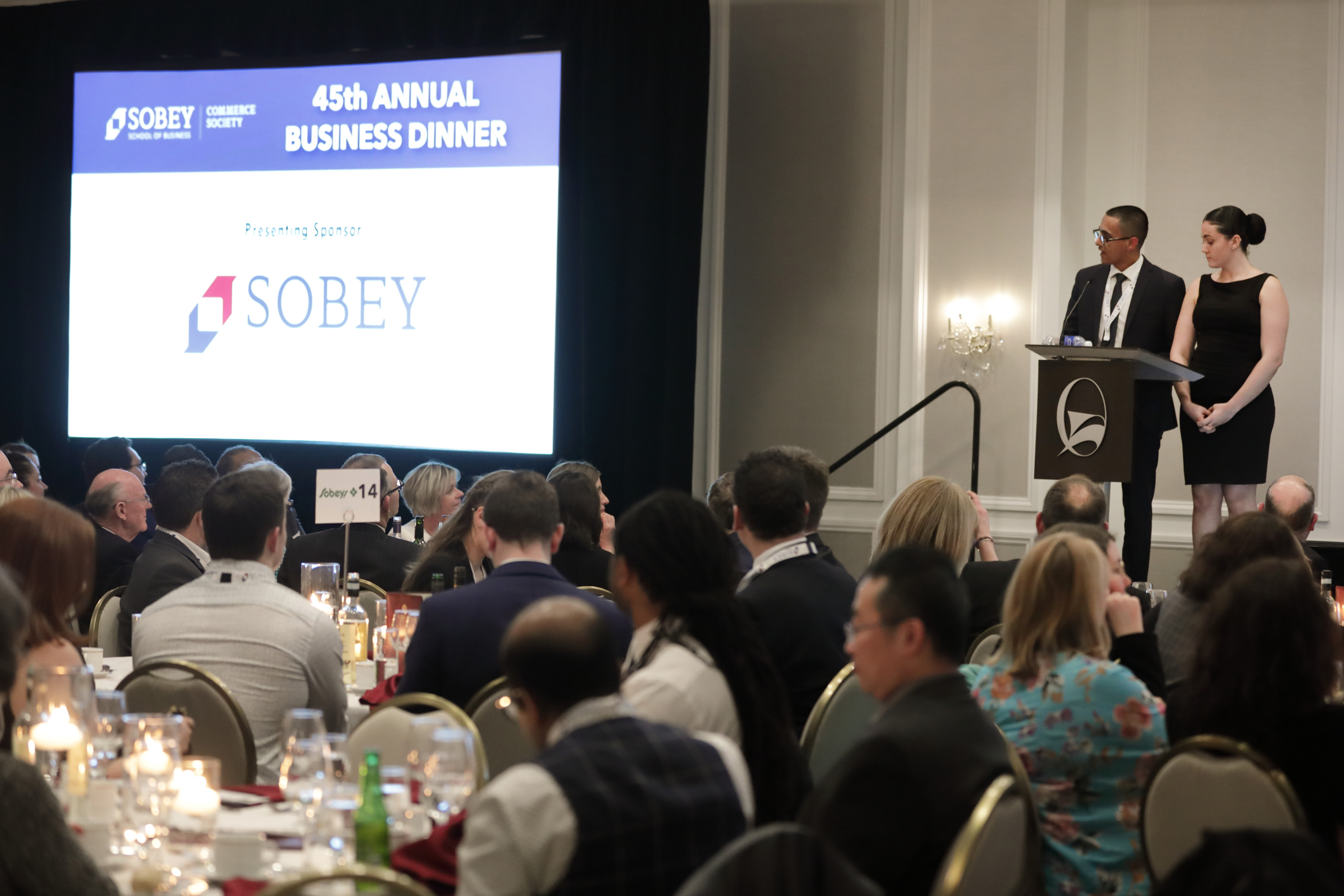 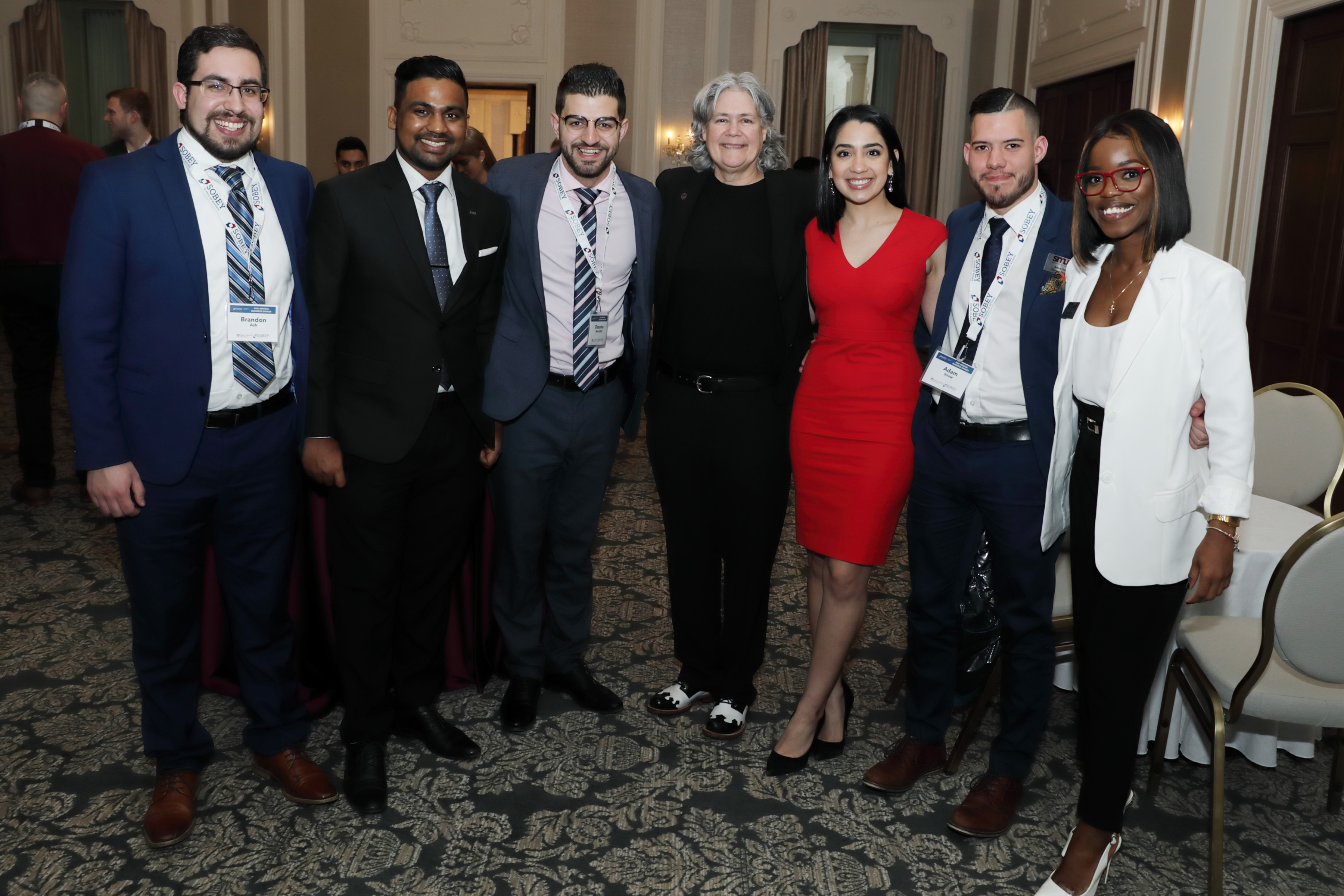 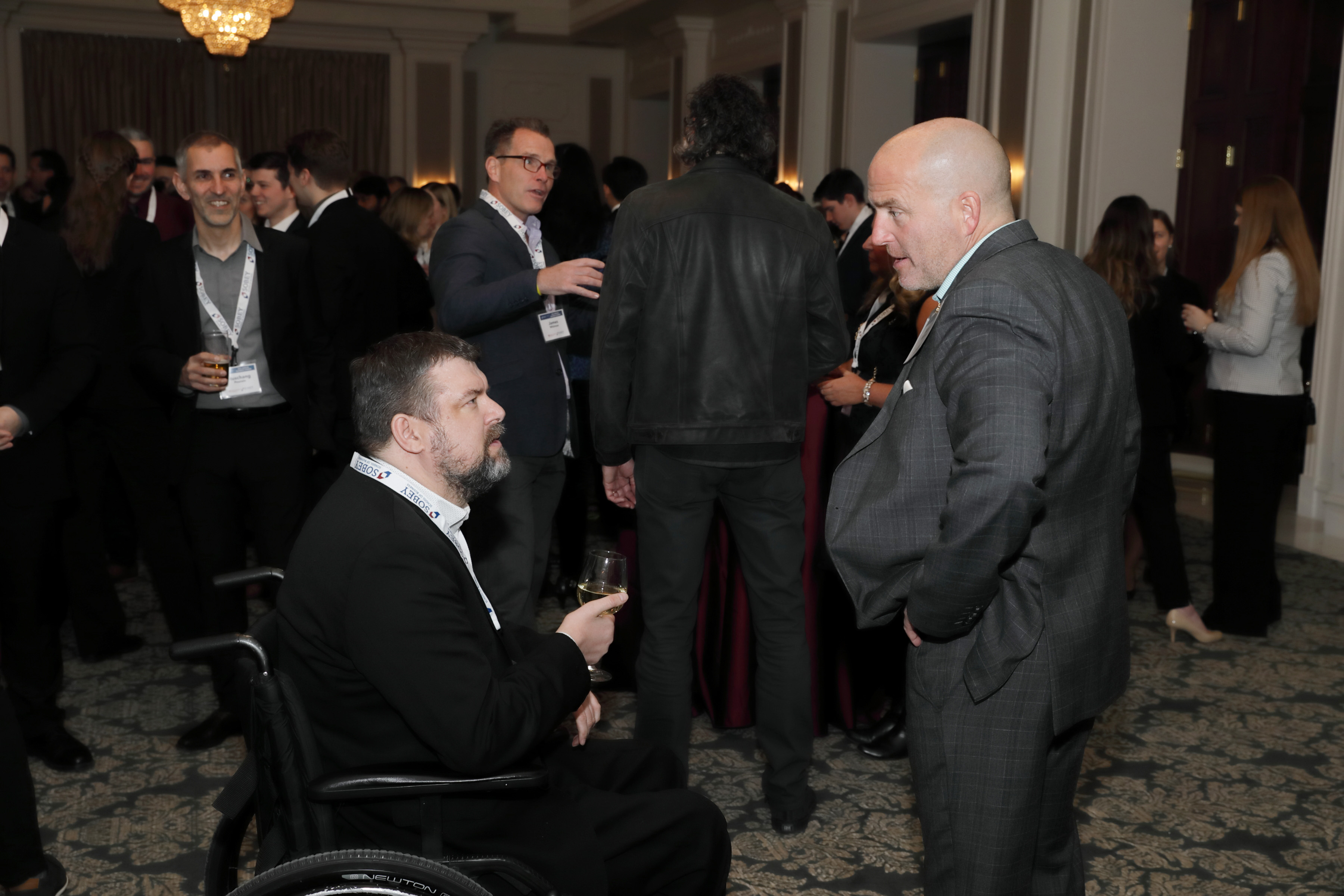 When James Curleigh walks into the room, you don’t automatically think “CEO.” The long curly hair, sunglasses, leather jacket and “Make Rock, Not War” T-shirt are all more rock star than Chief Executive Officer. And then there is the Levi’s armour: no suit and tie here. No sir.

But make no mistake, this is a CEO, and a CEO of vision, intelligence and a long list of corporate accomplishments.

James Curleigh—or JC as he is known by his friends—was the fellow who helped make Levi’s  jeans cool again. He has also been the CEO of KEEN Footware, Salomon Sports and now Gibson Brands, famous for its iconic guitars.

And here he was back at Saint Mary’s University where he graduated in 1989 with a Bachelor of Commerce. Curleigh entertained and even electrified the Sobey School of Business Commerce Society in March with his keynote address at the Lord Nelson Hotel.

He now lives between Nashville, where he works during the week, and San Francisco, where he lives with his wife Jackie and his three children, Zan, 17,  and twins Olivia and Scotia, 14. And yes, Scotia is named for the province where her dad graduated.

He hasn’t forgotten his Saint Mary’s roots and everything he learned there. Even back in the ‘80s he saw that SMU was ahead of its time with that room full of MacIntosh computers.

The holder of three passports—Canadian, American and British—Curleigh was born in America and moved all over the world with his military father and his mom, whom he describes as a creative free spirit.

This combination of military discipline and creativity created alchemy which has informed his approach to business. What sets Curleigh apart from many CEOs and corporate types is the way he applies an entrepreneurial approach to corporate reinvention.

When a company or brand grows tired, Curleigh shows up and injects a new vision and energy that brings that brand back to life.

“You can’t rest on your laurels,” he said in an interview. Levi’s is a good example. It was an iconic brand but it was living in the past, until Curleigh showed up. And then the old brand become the 140-year old start-up.

At the core of his success is his authenticity. The leadership, teams and customers must believe the message, he says.

Once that message is established, he approaches his projects with the focus and discipline of his military general father, crafting actionable goals and setting up systems, strong sales processes, and pipelines. Business. He does this by repositioning the brand. He was inspired by the story of the chocolate bar Snickers which labelled itself “the official snack of the 1984 Olympics.” That was a game changer for Snickers, which became one of the original “energy bars.”

His keynote address to the Commerce Society was more like a TED Talk than a traditional speech. No podium here.

He commanded the stage, striding from one end to the other, talking to his fellow SMU Commerce alumni and students about his story and demonstrating the Curleigh magic touch that catapulted his career.

When he came to the Salomon brand, he decided it should be more than a ski boot. It should be about footwear and apparel and would take “a share of the ski hill, a share of the mountain.” Under Curleigh, Salomon became an “action sports” brand.

He did a similar thing with KEEN shoes, transforming the footwear from a mere sandal to a hybrid shoe worn by adventurers who take the “road less travelled.” KEEN is now an icon of the outdoors.

Now he is doing the same with the guitar brand Gibson. It doesn’t hurt that Curleigh himself is a musician, but his approach is all business.

For Curleigh, the most important quality of leadership is authenticity. When you come into an organization to make a change, the message has to be simple and understood by both the team and the customer.

Beneath that are the complexities of running the business and supporting the process of sales. These talents he has crafted over a career of leadership and business.

When his speech was finished, the room was invigorated and the audience was on its feet.