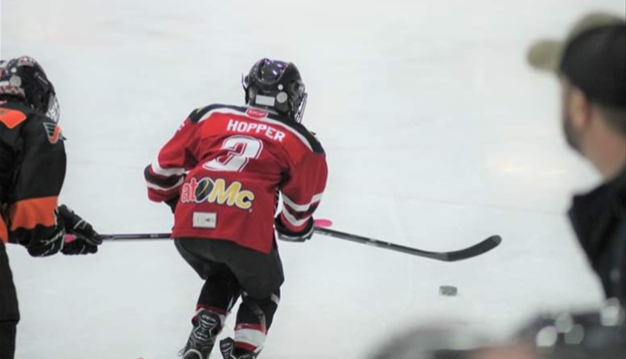 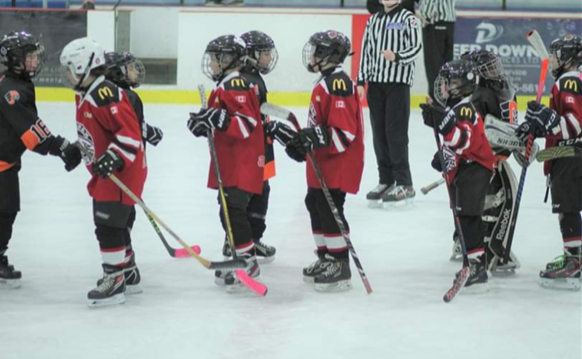 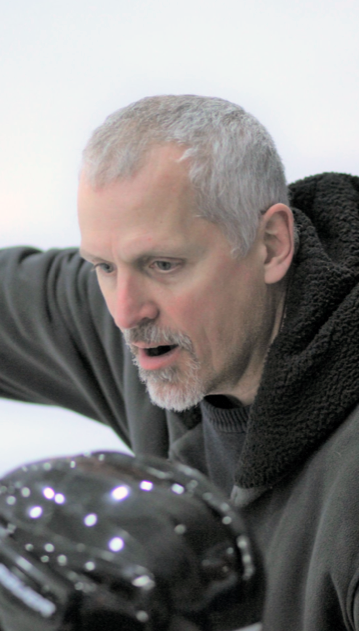 For Lori Francis, Dean of Science (Acting) at Saint Mary’s University, watching the young players on Team 4 of the Atom C division of the Halifax Hawks Minor Hockey Association lace up their skates to play hockey on home ice made her feel even more connected to Saint Mary’s.

Home ice for the young teams was the NHL-sized surface at the new Dauphinee Centre on campus, and the reason Francis was in the stands watching the kids was because one of the players, nine-year-old Sean Pardy, is her son. This was his first year playing in the Atom division.

Added to that, the team’s coach, Brian Robichaud (BComm’92), and another dad who helped throughout the season, Marcel Pineau, are both SMU alumni (Pineau played on the Huskies for SMU during the 1998—1999 seasons).

“So here we are watching these little Atom C players out there, these little Huskies, at the new arena,” Francis says.

As a season ticket holder to watch the varsity hockey team, Francis says it was exciting to watch the young players learn and develop as a team. As excited as the players were to be out on the ice, it took them some time to hit their stride.

“Their team really struggled at the beginning,” Francis says. “It was amazing to see how much they improved over the course of the season. They came a long way from where they started, and they had a lot of fun too, that was the main thing. It was exciting to watch them develop a sense of what it is to be part of a team and getting into that team spirit.”

Time on the ice helped a lot in developing skills, of course, but for helping the kids develop as a team, Francis credits volunteer coaches Robichaud, Pineau, Justin Pelley, Julian D’Entremont and Brian Pardy, along with Kelly O‘Neill, team manager and Robichaud’s wife.

For all but one of the players it was their first year playing in the Atom division. Some had come up through the IP (Initiation Program) and Novice Divisions but others were completely new to playing hockey.

Coach Robichaud grew up playing hockey in his hometown of Meteghan, playing through to the end of his high school years. When he and his wife signed up their son Zachary, 9, to play hockey, they had no idea how much of a family commitment it would be.

“When we showed up at the meetings at the beginning of the year we had four teams in the Atom C division but only three coaches. I jumped in because I wanted to help and I grew up with a passion for hockey and see the value in it for kids growing up,” Robichaud says. “With Kelly as the team manager it made it much easier for me; I just had to focus on the practices and the games, and she took care of everything else. Her support was phenomenal. I never realized how demanding managing an Atom hockey team could be.”

Learning the ropes of coaching a group of nine-year-olds was not without its challenges, and Robichaud agrees that the beginning of the season was a bit rough for both the kids and their fans, the parents and family members in the stands.

“We were just getting beaten. A lot. There was definitely some frustration,” Robichaud says. “We had a lot of talks about losing and what we could learn from the experience.”

Keeping the focus on encouraging the kids to do their best and have fun helped enormously, says Robichaud. An exhibition game and overnight at a hotel in Windsor, NS, organized by team manager O’Neill, helped to further solidify team spirit.

“It was like they flipped a switch. They were passing the puck and thinking more during play. It was amazing to see the difference,” Robichaud says.

As the team began winning games, the excitement was palpable and they began to look forward to the end-of-season SEDHMA Minor Hockey Tournament, scheduled to start April 2.

Unfortunately, rather than that competition and the traditional team party, the COVID-19 pandemic called an abrupt end to the hockey season for  players of all ages in mid-March.

“Everything changed over a two-day period. Everything just fizzled out with nothing to finish the season,” Robichaud says. “We had such a constructive year and learned so much as a team. When we do get together again, we’ll have plenty to celebrate.”