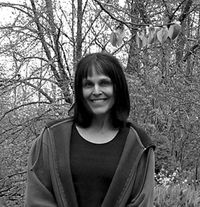 Celebrating a life lived out loud

Dr. Kevin Bonnycastle was all about possibilities, so it seemed a fitting memorial when colleagues in Saint Mary’s Sociology and Criminology department decided to mark her untimely passing with a student award. For Saint Mary’s alumnus Lawrence Buhagiar, making annual gifts to support this award was a dual opportunity to honour a very good friend and at the same time make a lasting difference for others.

“Scholarships and bursaries provide opportunities,” says Buhagiar, a university instructor and Senior Policy Analyst with the federal government. “Kevin would have been very pleased by this. Despite conducting her research in federal penitentiaries, she never lost sight of the potential for change.”

Buhagiar’s friendship with Bonnycastle began in 1994 at Simon Fraser University, where she was completing her doctorate and he was doing a Master’s degree after studying Criminology at Saint Mary’s. “She lived out loud,” says Buhagiar, paraphrasing the words of Emile Zola, “and it’s important to those who knew her that she is not forgotten.”

In describing Bonnycastle, Buhagiar paints a picture of an innovative thinker and gifted writer who was deeply concerned with sexism, colonialism, racism, economic inequality, and the connected injustices that abound in penal institutions. “She was serious about the need for social reform, but she also had a wicked sense of humour,” he says, recalling a time when Bonnycastle moved some of the criminology books in the Simon Fraser University bookstore to other sections of the store in the hope that a science major might find one and change academic careers.

Long before she completed her doctorate, Bonnycastle decided that she wanted she to be a professor at Saint Mary’s. She realized that ambition in 2004, throwing herself into her work until cancer interrupted her plans in 2006.

Shortly after Bonnycastle’s passing in 2011, Drs. John McMullan and Val Johnson, her colleagues in the Sociology and Criminology department, met to discuss plans for an annual memorial award. Thanks to their efforts—and the generous support of friends and colleagues—the Kevin Bonnycastle Memorial Award will be presented for the first time this year to a full-time undergraduate majoring in Sociology and Criminology. Preference will be given to Aboriginal students, especially those in financial need.

“Kevin had a special connection with the Aboriginal community,” says Lawrence Buhagiar. “It means a great deal to me to see her honoured in this way.